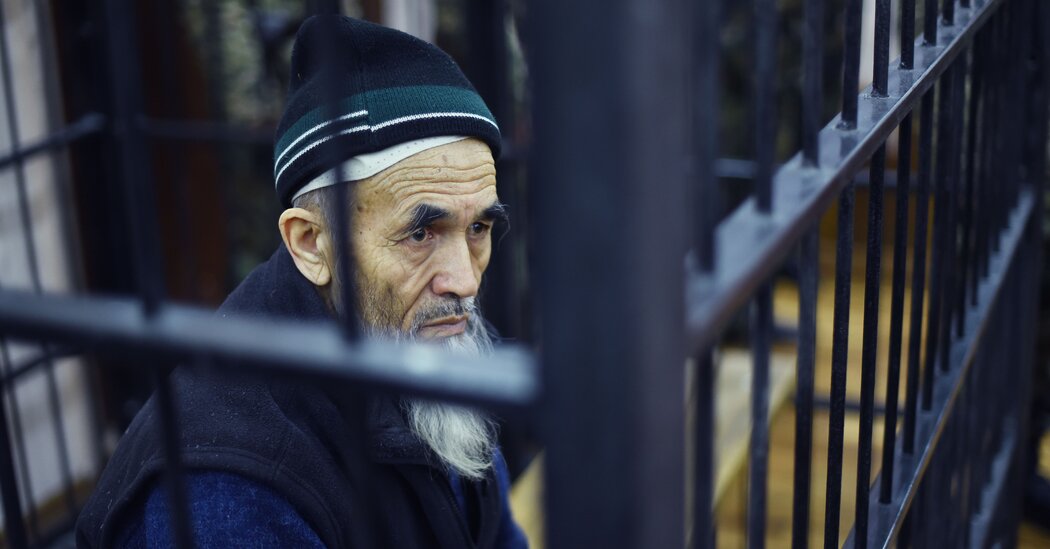 MOSCOW (AP) — Azimzhan Askarov, a human rights advocate in Kyrgyzstan who was serving a life term on charges of involvement in ethnic violence that were widely criticized as trumped-up, has died in a prison clinic. He was 69.

Kyrgyzstan’s state penitentiary service said Mr. Askarov died Saturday in a prison clinic, a day after he was hospitalized with pneumonia. It noted in a statement that Mr. Askarov was also suffering from a heart condition and other chronic illnesses.

Mr. Askarov, an ethnic Uzbek rights activist, has been sentenced to life in prison for his alleged role in the deadly ethnic violence in southern Kyrgyzstan in 2010.

Several days of clashes between ethnic Kyrgyz and minority Uzbeks in the southern cities of Osh and Jalal-Abad killed 470 people, nearly three-quarters of whom were ethnic Uzbeks. Thousands of houses were destroyed and some 400,000 fled their homes.

International rights groups criticized Kyrgyz authorities for mostly targeting the Uzbek minority while investigating the ethnic violence and failing to ensure justice for its victims.

Before his detention, Mr. Askarov had led a human rights organization in southern Kyrgyzstan focused on prison conditions and police treatment of detainees. He documented violence and looting during the June 2010 violence.

In September 2010, Mr. Askarov was found guilty of participating in riots, inciting ethnic hatred and abetting the slaying of a police officer killed during the unrest. Human Rights Watch and other rights groups said Mr. Askarov’s detention and trial were marred by serious human rights violations, including credible allegations of torture.

In 2016, the U.N. Human Rights Committee found that Mr. Askarov was arbitrarily detained, held in inhumane conditions, tortured and mistreated. It urged Kyrgyzstan to immediately release Mr. Askarov and quash his conviction.

U.S. Contractor Knew of Explosive Material in Beirut Since at Least 2016

After Deadly Beirut Explosion, a Search for Answers and Survivors: Live Updates

Pints or Primers? U.K.’s Push to Open Schools May Force a Choice

The Best Movies and TV Shows New to Netflix, Amazon and Stan in Australia in August