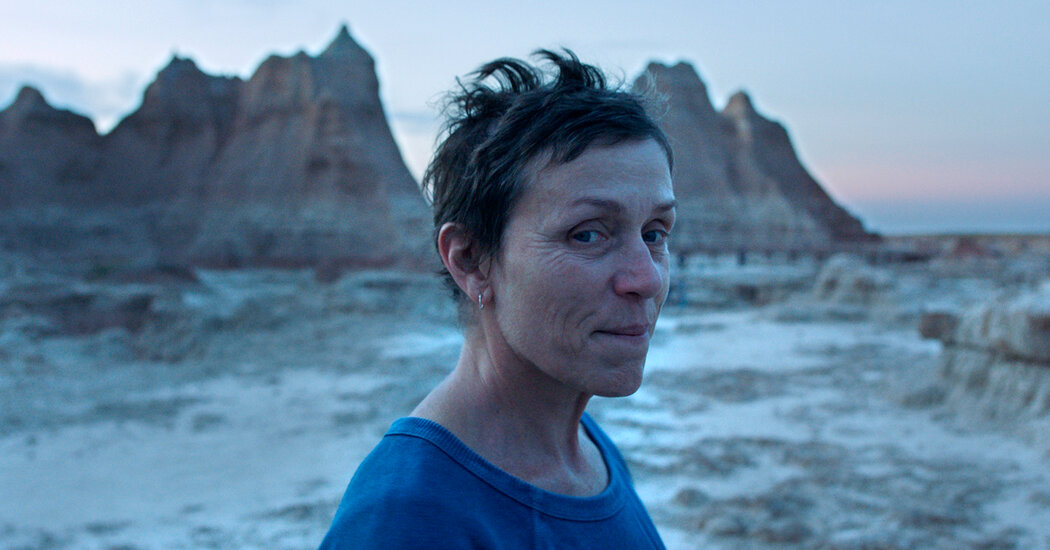 “Nomadland,” a film written and directed by Chloé Zhao, won this year’s Golden Lion, the top prize, at the 77th edition of the Venice Film Festival.

The drama stars Frances McDormand as a woman living as a nomad across America after the recent recession. It is based on the book by the journalist Jessica Bruder.

The festival, which opened Sept. 2 and closed on Saturday, was the first major international film event since the coronavirus pandemic began. It had strict social distancing measures in place, and visitors were required to wear face masks both indoors and outdoors while on the festival site.

This year, the festival jury chose the Golden Lion winner from a slightly smaller roster of films in the main competition. The lineup lacked the festival’s usual Hollywood blockbusters (last year, Todd Phillips’s “Joker” took home the Golden Lion) and for the first time in a decade an Italian film opened the festival — Daniele Luchetti’s “Lacci,” a marriage drama set in Naples.

Also in competition for the festival’s top prize were Mona Fastvold’s “The World to Come,” starring Vanessa Kirby and Casey Affleck, which explores the love between two farmers’ wives in 19th-century America; and “Pieces of a Woman,” a family drama directed by Kornel Mundruczo and starring Shia LaBeouf.

The festival has also made 15 of the films that premiered on the Lido available to stream online, for a fee, until Sept. 22.

At the beginning of the festival, the lifetime achievement award was given to the filmmakers Tilda Swinton and Ann Hui. Accepting her award, Swinton said that to be in “a room with living creatures and a big screen” was “pure joy.”

Showdown on Beach in Bulgaria Balloons Into Political Crisis

Italy Draws a Line Under Genoa Tragedy, Shunting Aside the Benettons

Jailbreak Attack by ISIS Rages On in Eastern Afghanistan