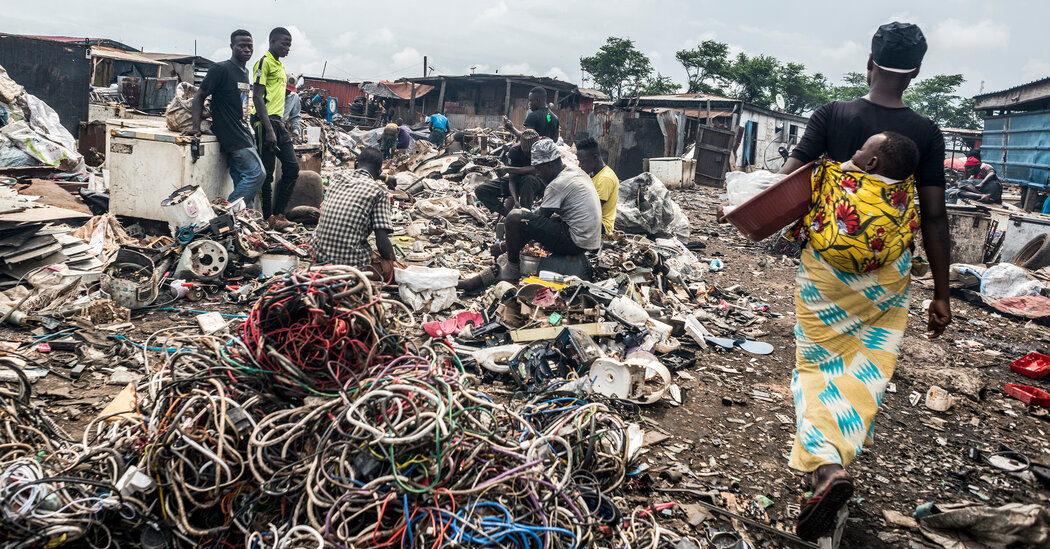 Lead contamination has long been recognized as a health hazard, particularly for the young. But a new study asserts that the extent of the problem is far bigger than previously thought, with one in three children worldwide — about 800 million in all — threatened by unacceptably high lead levels in their blood.

The ubiquity of lead — in dust and fumes from smelters and fires, vehicle batteries, old peeling paint, old water pipes, electronics junkyards, and even cosmetics and lead-infused spices — represents an enormous and understated risk to the mental and physical development of a generation of children, according to the study, released late Wednesday.

The danger is particularly acute in poor and middle-income countries where industrial pollution safeguards are poorly enforced or nonexistent.

“The unequivocal conclusion of this research is that children around the world are being poisoned by lead on a massive and previously unrecognized scale,” said the study, a collaboration of UNICEF and Pure Earth, a nonprofit that seeks to help poor countries threatened by toxic pollutants.

The study also said that nearly one million adults a year die prematurely because of lead exposure.

The authors said they based their analysis and statistical conclusions on research compiled by United Nations agencies including the World Health Organization, as well as by numerous universities and nonprofit groups. The authors also used modeling techniques from the Institute for Health Metrics and Evaluation, an independent health research center that is part of the University of Washington.

Their primary conclusion was that one-third of the world’s children, up to the age of 19, have blood lead levels at or exceeding five micrograms per deciliter, a threshold that both the W.H.O. and the U.S. Centers for Disease Control and Prevention have determined is a cause for action.

Most children in the United States and many other developed countries have lead levels well below this threshold, the study said, although in some areas they are “dangerously high.” The vast majority of affected children, it said, “live in poor countries where they are exposed to lead through multiple routes.”

Nicholas Rees, a policy specialist on climate and environment at UNICEF and one of the study’s co-authors, said the consequences are dire.

A major contributor to lead poisoning is a surge in the recycling of lead in automotive batteries to satisfy soaring growth in the numbers of cars and trucks, particularly in the developing world, the study said. While lead recycling for batteries is heavily regulated in the United States, it is often done haphazardly in poor and middle-income countries.

A global industry group of lead battery manufacturers and recyclers said it did not dispute the study’s conclusions on battery recycling, which accounts for the vast majority of all lead use.

“We want to see an end to all informal and unregulated recycling as documented by Pure Earth and UNICEF,” the group said in a statement.

At the same time, the group said, “we cannot do this alone.” It emphasized its own efforts in helping member companies ensure that “inappropriately recycled lead does not enter our supply chain.” The group also said it provides consulting to countries on improving recycling standards.

“For many people in low- and middle-income countries, informal and unregulated recycling is a subsistence issue, and the materials they are handling have a high economic value,” it said. “Governments and regulators in these countries must incentivize high-performing, regulated recyclers and crack down on the informal sector and its practices.”

Perry Gottesfeld, an expert on lead poisoning prevention who is executive director of Occupational Knowledge International, a nonprofit that seeks to reduce industrial pollutants, said that, if anything, the new study may have underestimated the number of adults who die of exposure to lead poisoning. Mr. Gottesfeld also said the study did not hold lead recycling companies sufficiently accountable for the contamination problem.

While the industry is “much more regulated in the United States than anywhere else,” he said, it would be misleading to describe lead recycling as safe even if done properly.

Lead has been known as a potent neurotoxin for hundreds of years — Benjamin Franklin wrote of its harm in 1786 — but the most insidious effects have become clearer only in recent decades.

The exposure of children to lead is linked to reductions in I.Q. scores, shortened attention spans and potentially violent and criminal behavior. Fetuses and children under 5 are at the greatest risk of lifelong damage.

Richard Fuller, president of Pure Earth, a co-author of the study, said he believed it was not just coincidence that the violence and instability in many parts of the developing world are in regions where lead contamination is relatively high.

“I think getting rid of lead is going to reduce violence,” he said. “I just wonder if this might be one of the most important things.”

But he also acknowledged the lack of a substitute for lead-acid batteries. “Honestly, I would love if we didn’t have these things in the world,” Mr. Fuller said.

Rapes of Woman and 5-Year-Old Fuel Outrage in Pakistan

How China Brought Nearly 200 Million Students Back to School