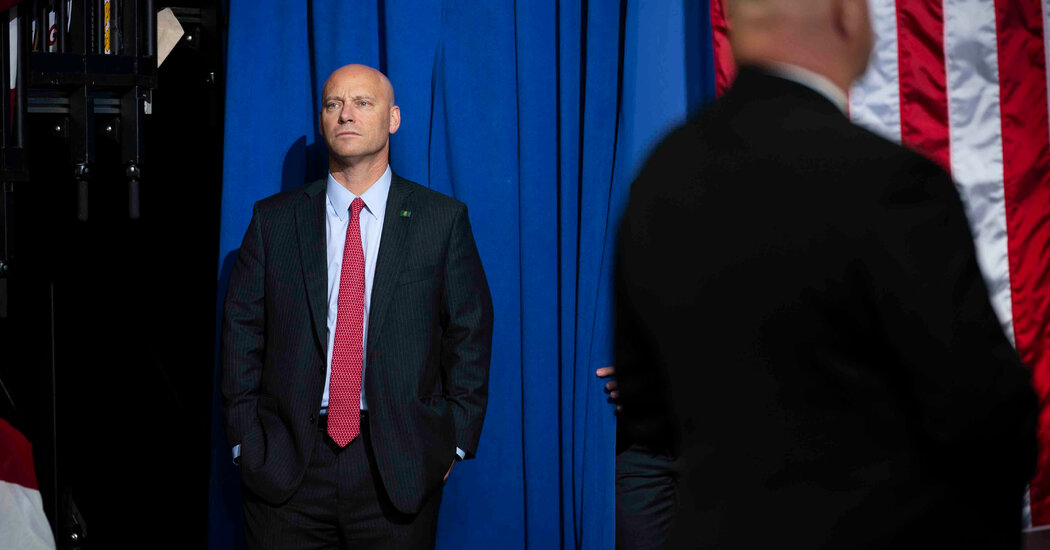 At least three top aides to Vice President Mike Pence have tested positive for the coronavirus in the last few days, people briefed on the matter said. The test results raise fresh questions about the safety protocols at the White House, where masks are not routinely worn.

The vice president’s chief of staff, Marc Short, has tested positive, according to Devin O’Malley, a spokesman for Mr. Pence, who leads the White House coronavirus task force. A person briefed on Mr. Short’s diagnosis said it was received on Saturday.

“Vice President Pence and Mrs. Pence both tested negative for Covid-19 today, and remain in good health,” Mr. O’Malley said. “While Vice President Pence is considered a close contact with Mr. Short, in consultation with the White House Medical Unit, the vice president will maintain his schedule in accordance with the C.D.C. guidelines for essential personnel.”

The statement did not come from the White House medical unit, but instead from a press aide. Two people briefed on the matter said that the White House chief of staff, Mark Meadows, had sought to keep news of the outbreak from becoming public.

On Sunday, in an appearance on CNN’s “State of the Union,” Mr. Meadows denied that he had tried to suppress news of the outbreak, saying he had acted out of concern about “sharing personal information.”

A Trump adviser briefed on the outbreak, who was not authorized to speak publicly, said that the Pence adviser Marty Obst also tested positive this week. Mr. Obst’s positive test was first reported by Bloomberg News.

Another person briefed on the developments, who also was not allowed to speak publicly, said that three additional Pence staff members had tested positive. Mr. O’Malley did not immediately respond to a question about others who have tested positive.

Mr. Pence’s decision to continue campaigning, despite his proximity to his chief of staff, is certain to raise fresh questions about how seriously the White House is taking the risks to its staff members and to the public as the pandemic has killed nearly 225,000 people in the United States. The vice president’s office said that both Mr. and Mrs. Pence tested negative again on Sunday.

President Trump, the first lady and several aides and advisers tested positive for the virus roughly three weeks ago. Mr. Trump spent three nights at Walter Reed National Military Medical Center, and he was treated with an experimental antibody cocktail as well as the powerful steroid dexamethasone.

The administration decided not to trace the contacts of guests and staff members at the Rose Garden celebration on Sept. 26 for the Supreme Court nominee Amy Coney Barrett, which also included a reception inside the White House. That event was linked to an outbreak that grew to more than 20 cases, as evidence mounted that the administration had done little to prevent or contain the virus’s spread.

Mr. Trump, at rallies over the past two days, has insisted the country is “rounding the turn” on the virus, even though the single-day record for new cases was shattered on Friday. The United States has averaged more than 68,000 new cases a day over the last week, the country’s highest seven-day average of the pandemic.