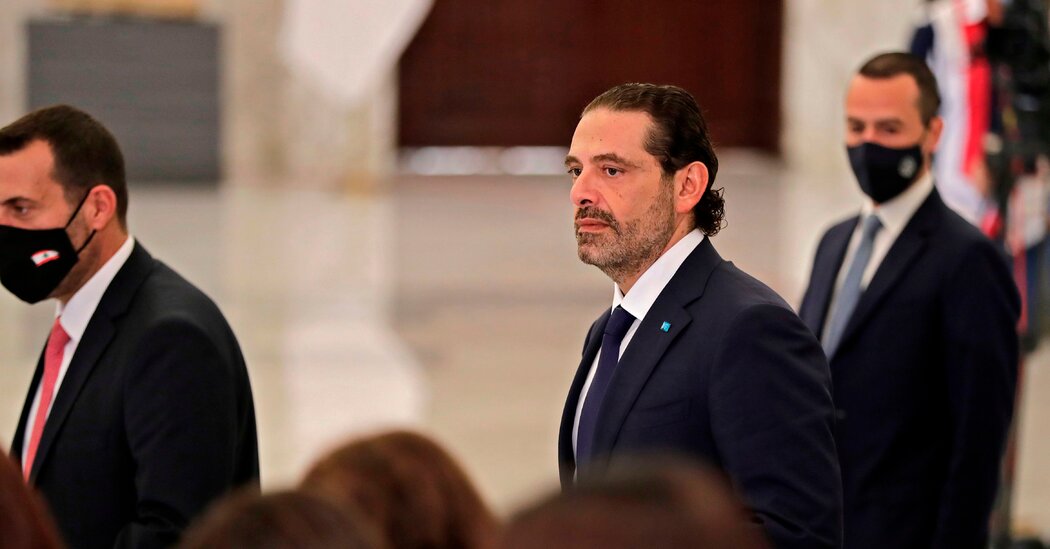 BEIRUT, Lebanon — Despite a public outcry for change, Lebanon’s president has tapped Saad Hariri, the embattled former prime minister who stepped down late last year amid antigovernment protests, to again try to form a government.

Mr. Hariri, who left office amid multiple crises as the country teetered on economic collapse, received the mandate after garnering sufficient support from Parliament on Thursday. President Michel Aoun asked Mr. Hariri to try to cobble together a governing coalition, the office of the presidency said.

There is no guarantee that he will succeed. Lebanon remains mired in crisis, its economy in shambles, as the country also struggles with the fallout from an Aug. 4 explosion in the port of Beirut that killed nearly 200 people, caused billions of dollars in damage and devastated entire neighborhoods of the city.

Mr. Hariri vowed to form a cabinet of experts and technocrats “away from political parties” that will be committed to bringing in financial and economic overhauls to make the country viable again and to rebuild after the damage of the blast.

“This is the only and last opportunity for our beloved country,” he said at the presidential palace on Thursday.

Mr. Hariri’s return would represent the staying power of Lebanon’s longstanding sectarian power brokers despite the public’s desire for a change of political leadership even before the Beirut blast, which amplified those demands.

In addition to the death toll, the explosion injured hundreds and left thousands homeless as it tore through much of the city. It was trigged by a fire that ignited 2,750 tons of ammonium nitrate, a chemical used to make fertilizer and bombs, which had been stored unsafely in the Beirut port since 2014 while some politicians wrangled in secret over what to do about it.

Many officials had long warned behind the scenes that it was dangerous, though that debate never came into the public light. And much of the country considered the devastating explosion the latest crisis resulting from poor governance.

In the wake of that outcry, the former government stepped down.

The blast — the latest crisis in a dysfunctional system that was already unraveling by the time Mr. Hariri resigned in October — drew tens of thousands to the streets calling for an end to rampant corruption.

While Mr. Hariri’s opportunity to form a government comes with little promise to rescue the country from collapse, some Beirut residents say it is better to have a dysfunctional government than none at all.

Hussein Ayoub, a butcher was watching the news on a television in his shop in western Beirut on Thursday, seemed resigned to whatever the political outcome may be.

“Hariri wont be the best option,” he said. “But I would say better to be half-blind than fully blind. The country is falling below hell.”

For Aging Belarus Rockers, a Late Shot at Stardom