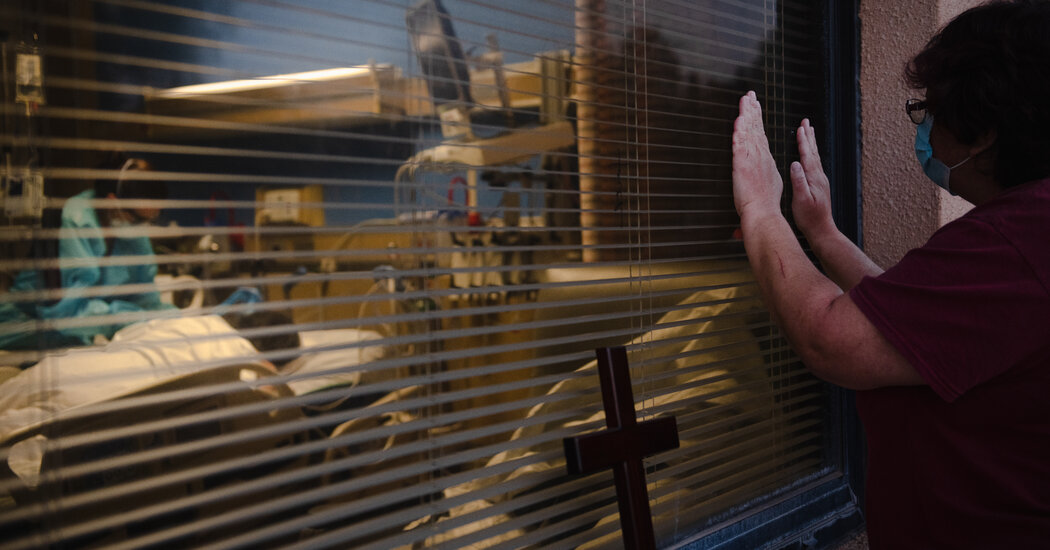 Known coronavirus cases in the United States have now surpassed 12 million, and the daily routines of a vast number of Americans are now shaped by their ZIP codes and governors and beliefs about the virus. Do they wear masks? Go to school in person or online? Eat out? Get exposed to the virus?

The pandemic and the nation’s disjointed response have taken the notion of two Americas to a new extreme. The contrasts are particularly visible in South Dakota and New Mexico, states that are living two different economies: one wide-open, the other bolted shut.

In South Dakota, where a conservative frontier philosophy dominates, the economy has fared relatively well, with unemployment at 3.6 percent, well below the 6.9 percent national average. Some towns, stores and school districts require masks or social distancing, but, as a whole, the state has the fewest restrictions of any, with neither a mask mandate nor significant limits on businesses.

But hospitalization rates have been the highest in the nation, and more than 7 percent of the population has tested positive. The state has the country’s second-highest rate of new cases.

Gov. Kristi Noem, a Republican, sees her approach as a badge of freedom, criticizing restrictions as ineffective and economically destructive.

New Mexico has fewer cases per capita, but a more alarming trend line. Daily case numbers have more than doubled over the past two weeks. On Monday, Gov. Michelle Lujan Grisham, a Democrat, put the state’s two million residents under some of the toughest restrictions in the country, issuing a two-week stay-at-home order, banning restaurant dining, setting capacity limits on grocery stores and closing indoor malls, movie theaters and gyms.

And the virus has been pummeling the economy. Unemployment in New Mexico has risen to 8 percent — roughly the same as neighboring, Republican-led Arizona — and small-business owners voice widespread fears about closing down.

In both South Dakota and New Mexico, people are hurting in similar ways — not only suffering economic and health woes, but rifts with family members and friends over the virus and how to fight it.

Allison Byington, who lives in South Dakota, said her mother recently called her a murderer for refusing to wear a face mask. “We don’t have a relationship anymore,” Ms. Byington said.

How risky is flying during a pandemic?

Vasilis Dimitriou, Keeper of a Fading Movie Art, Dies at 84