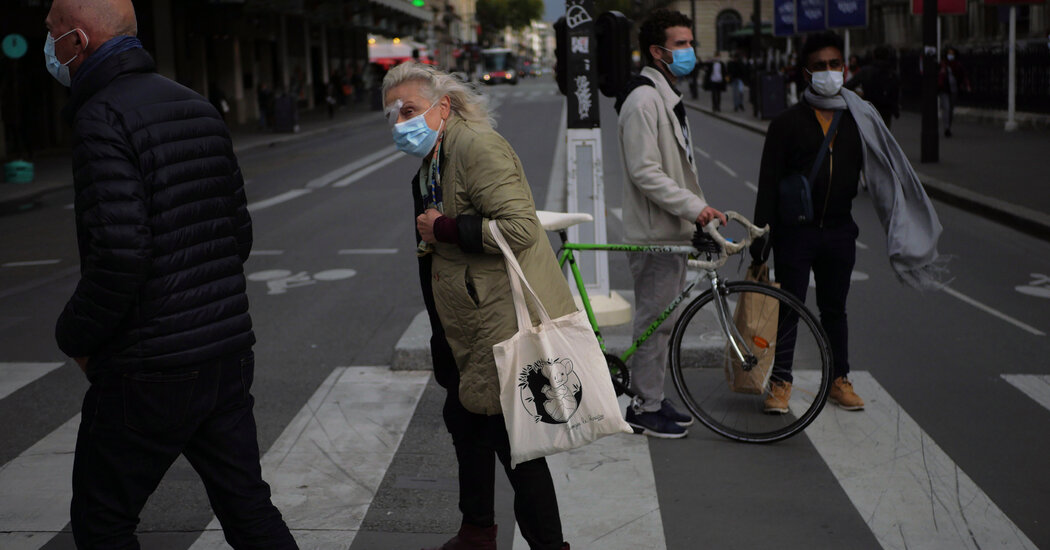 France is weighing the possibility of local lockdowns as the country battles a second wave of the coronavirus epidemic, Prime Minister Jean Castex said Monday.

Mr. Castex told Franceinfo that France faces an unprecedented surge in cases that is putting increasing pressure on hospitals, saying that many citizens were not taking health warnings seriously.

Nearly 27,000 new infections were reported by health authorities on Saturday — a record — and the rate of positive results from testing passed 11 percent. The number of deaths is increasing at a higher rate than over the summer, though much more slowly than in the spring, and hospitalizations, including in intensive care units, are rising.

“Nothing can be excluded when one sees the situation in our hospitals,” Mr. Castex said when asked if authorities might put certain cities or regions under lockdown.

But Mr. Castex denied suggestions that France’s testing and tracing strategy had failed, castigating the French instead for failing to heed health warnings.

Mr. Castex said the country had ended a period of confinement “efficiently,” referring to May, when France’s nationwide lockdown ended. “And then the holidays arrived and we — the French, collectively — believed that it was over, that it was behind us.”

He added that the people of France believed that the threat had disappeared, “a bit too quickly, despite our warning about the fact that we had to live with the virus.”

About 500 checks were carried out in the Paris area over the weekend and police found nearly 100 bars and restaurants flouting new health restrictions, Mr. Castex said. In Paris, the number of cases per 100,000 residents has surpassed 800 for people aged 20 to 30 years old — sixteen times the government-set alert level.

“We aren’t doing this to bother them, we are doing this to protect them,” Mr. Castex said of the restrictions. But he ruled out limits on private gatherings with friends and family, calling it legally impossible under French law and contrary to the country’s values.

Mr. Castex also announced that a new version of France’s official contact tracing app, StopCovid, would be released on Oct. 22. The current version has helped to identify only a handful of cases.

In Belarus Town, People Tasted a Bite of Freedom. It Lasted 2 Days.

Iceland’s tourism industry is preparing for a comeback.

E.U. Rejects Belarus Election, Without Demanding a New One