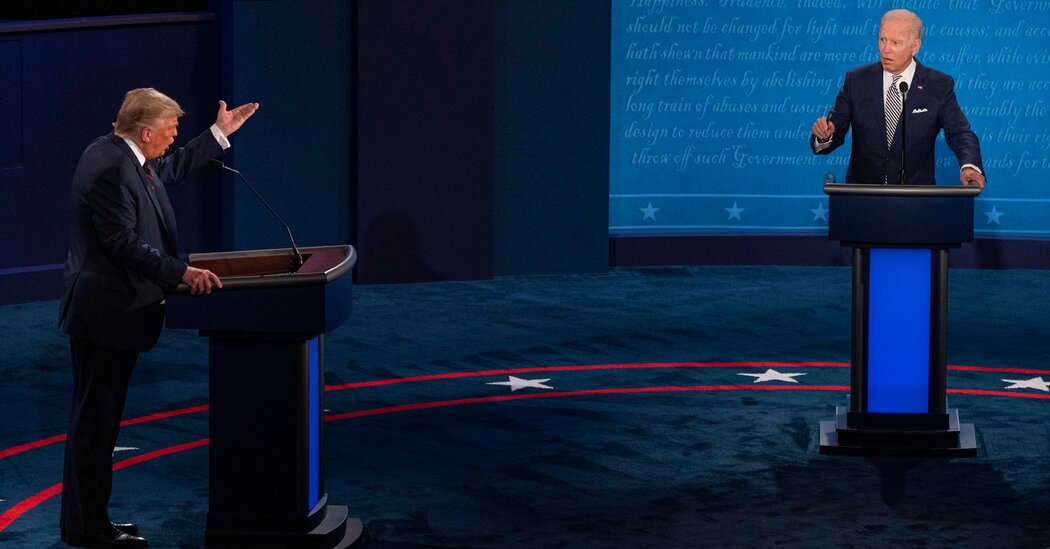 President Trump on Thursday said he would not participate in a virtual debate, speaking on Fox Business Network minutes after the Commission on Presidential Debates announced that the next debate would be virtual because of virus concerns.

Mr. Trump and Mr. Biden were scheduled to debate on the same stage in Miami on Oct. 15, but the commission is now preparing for the candidates and moderators to appear remotely.

Mr. Trump, who tested positive for the virus last week, has said he planned to go to the debate, even as health experts say he may not be fully recovered from Covid-19. Mr. Biden has said he would not debate Mr. Trump in Miami if the president was still infected.

“The second presidential debate will take the form of a town meeting, in which the candidates would participate from separate remote locations,” the commission said in a statement, citing “the health and safety of all involved.”

But Mr. Trump immediately dismissed the concept in a television interview on Thursday morning, saying: “I’m not going to waste my time on a virtual debate, that’s not what debating is all about. You sit behind a computer and do a debate — it’s ridiculous.”

“That’s not acceptable to us,” Mr. Trump told the anchor Maria Bartiromo on Fox Business of the virtual debate format. “I’m not going to do a virtual debate.”

Mr. Trump said he only learned of the debate commission’s decision on Thursday morning, minutes before he got on the phone for an interview. He accused the commission of “trying to protect Biden.”

“For the swamp creatures at the Presidential Debate Commission to now rush to Joe Biden’s defense by unilaterally canceling an in-person debate is pathetic,” Mr. Trump’s campaign manager, Bill Stepien, said in a statement on Thursday. “Here are the facts: President Trump will have posted multiple negative tests prior to the debate, so there is no need for this unilateral declaration.”

Mr. Stepien’s claim about Mr. Trump testing positive over the next week is unsubstantiated, because the virus is notoriously unpredictable.

The moderator, Steve Scully of C-SPAN, will still conduct the proceedings from Miami at the Adrienne Arsht Center for the Performing Arts, the commission said.